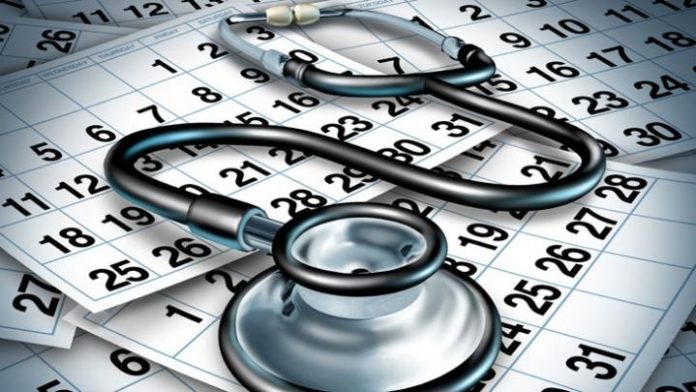 Bahamas politicians talk about wanting medical tourism, but endless bureaucratic delays have closed one medical tourism initiative and delayed another for years.

By now Bahamas could have had an innovative cancer centre attracting medical tourists, but delay after delay means locals still have to go to the USA for cancer treatment.

Anthony Miller invested $1 million but the never-ending wait for government approvals has forced him to close Integra MRI Centre and lay-off all eight staff after an 18-month wait for approvals for his pioneering ”cancer diagnosis technology” left the business in financial ruin.

Miler has all his capital tied up in the still-unused Positron Emissions Tomography (PET) scanner. Miller and his joint venture partners had no cash flow/replacement income to repair their MRI machine, which broke down in December 2014.

Miller blames the Hospital and Healthcare Facilities Licensing Board’s inability to tell the company whether the PET technology would ever be approved for use.

As a former MP Miller thought he had good political connections, but the prime minister, deputy prime minister and health minister have ignored his desperate appeals for an answer

Miller is now considering selling a business that could have provided Bahamians with quality healthcare at home, stemming the outflow of foreign exchange, while also stimulating medical tourism from other Caribbean nations.

The Hospital and Healthcare Facilities Licensing Board is also behind the endless delays in another local medical tourism initiative. The loss making Doctors Hospital’s chairman recently blamed unnecessary bureaucratic obstacles that still stop it obtaining approvals for its medical tourism initiatives. Joseph Krukowski explains, “The medical tourism programme has had many bureaucratic obstacles, as we await approvals for a number of different programmes that would have a very positive effect on our financial position.”

The PET was installed at Integra’s clinic in February 2014 but the centre has never been allowed to use it on patients. Miller has been seeking approval for the PET machine since January 2014, and his first reply was in January 2015 said he received no reply from the Licensing Board until almost a year after sending his first letter.

The authorities admitted that there are no Bahamian standards governing PET technology, and they would have to apply regional/international standards to certify Integra. This would mean Miller paying for an inspection of Integra’s PET facilities, but he could not arrange that himself. The Hospital and Healthcare Facilities Licensing Board concedes that there were administrative delays in organising an inspection of the company’s facilities, and it blames the Ministry of Health.

Miller paid for two consultants’ inspections that Integra had organised but both authorities insisted that must conduct its own investigation-even thought they had no idea what they were checking, so had to call in unspecified outside experts. Integra was prepared to cover all the official inspection costs, including those of any international consultants/inspectors.

The Healthcare Facilities Licensing Board neither approved nor disapproved the PET, as there is no Bahamian regulatory approval for technologies that have no existing policies, standards and regulations governing their use.

The government often says it wants overseas investors to improve the local medical facilities but the experience of Miller and his American investors will suggest that the country is not a good place to do business.

Miller admits that he should have been warned off the PET scanner by previous experience. He linked up with US joint venture partners to acquire Integra’s MRI machine, which was installed in October 2010 and began operating in May 2011.It took him almost a year to get licensed for the simple MRI machine.

The MRI machine broke in December 2014 and with Integra unable to operate the PET scanner, the clinic has run out of money and closed down.

International consultants that checked the PET scanner found it workable and legal. Miller even had a deal for the PET to have been operated by personnel from US-based Molecular Imaging Resources, who would have travelled to the Bahamas twice weekly.

Any local cancer patient wanting what Integra could have provided now has to fly to Miami to have their PETs done. Apart from reducing healthcare costs for Bahamians and advancing local medical practices, Integra’s PET facility could have further spurred medical tourism given the high cancer rate both locally and in the wider region. It would have been attractive to other Caribbean nationals, especially Jamaicans, who often encounter problems in obtaining US visas. Miller even had insurance companies in Jamaica lined up to send him patients.

Increased medical travellers to Korea in 2021