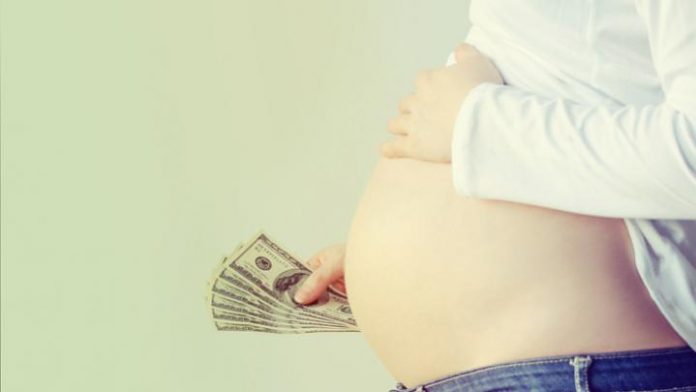 India’s $2.3 billion reproductive tourism industry is under real threat from a new law. 70% of surrogacy cases are for foreign clients. The Assisted Reproductive Technology (Regulation) Bill, 2014 proposes to ban foreigners from seeking surrogacy in India.

India is the surrogacy capital of the world; the go-to destination for thousands of international couples seeking surrogate wombs for their embryos at very cheap rates.

India’s $2.3 billion reproductive tourism industry is thriving, with 500 legal fertility clinics; of which 350 offer surrogacy services. 70% of surrogacy cases are for foreign clients, and the 25% for non-resident Indians and persons of Indian origin. Local Indian couples form only 5% of the clientele. Many customers come from the UK, USA and Canada.

Commercial surrogacy – which involves paying a woman to carry a couple’s fertilised egg through pregnancy – is legal but unregulated. The government has been attempting to regulate the sector since 2010.

The latest attempt is the Assisted Reproductive Technology (Regulation) Bill, 2014. It proposes to ban foreigners from seeking surrogacy in India, and also bans Non Resident Indians and Persons of Indian Origin. It proposes to regulate and supervise surrogacy clinics, prevent misuse of ART technology, plus advocating safe and ethical practices.

In an affidavit to the Supreme Court, the government stated it would prohibit and penalize commercial surrogacy services to protect the dignity of Indian womanhood and to prevent trafficking in human beings and the sale of surrogate children. If the court agrees with the draft law, then international clients who form the bulk of customers at hundreds of registered IVF clinics across the country will be barred from renting wombs from surrogate mothers.

The court is involved in the debate as to whether the law should ban all commercial surrogacy or just allow it for married heterosexual Indian infertile couples resident in India. Infertile Indian couples, non-resident Indians and Persons of Indian Origin will be limited to altruistic or non-commercial surrogacy. Other foreigners will be banned from commercial and altruistic surrogacy.

Those arguing against any ban simply claim that it will go underground as the doctors and agents making good money in the chain between intended parents and will not simply give up but carry on. Indian embassies around the world earn fees and it is a lucrative trade for hotels and hospitals. The Indian state government is not to be swayed as it sees the industry as exploiting poor Indian women.

Surrogacy fees for Indian and foreign couples are between Rs 11 lakhs and Rs 13 lakhs – and only a quarter of this goes to the surrogate mother. Arguments that migrant women go to Indian cities to become surrogates to make money, or that surrogate parents send money to Indian surrogates for their children’s education or that being a surrogate empowers Indian women- cut little ice with the politicians determined to stamp out the trade.

The trade has been left to self-regulate with guidelines of the Indian Council of Medical Research requiring that negotiations between surrogates and commissioning parents must be conducted independently between them. In practice there are agents in each country, and representatives of the infertility clinic act as a barrier to direct communication between the two main parties. Illiterate surrogates rely on agents or clinics to explain the nature of the written contracts they sign, and few surrogates ever get a copy of the contract. Surrogates are often made to undergo IVF sessions as many as 20 to 25 times to ensure that they are impregnated with a healthy foetus. The draft bill seeks to limit this to a maximum of three treatment sessions.

Most surrogate mothers are semi-literate and not aware of their rights, so having given the industry a decade to self-regulate, and totally failing, the national government has had enough.

Medical malpractice is an issue with stories of multiple embryos being implanted in the surrogate’s womb to ensure a higher chance of success. There are cases of babies born with disabilities or an unplanned twin being abandoned by the intended parents.

In an affidavit to the Supreme Court the government stated it would prohibit and penalize commercial surrogacy services to protect the dignity of Indian womanhood and to prevent trafficking in human beings and the sale of surrogate children.

India remains one of the few countries that still allow commercial surrogacy. It is banned completely in Germany, Norway, Italy, Sweden and Singapore. Only the altruistic kind is allowed in Canada, certain Australian states, New Zealand, the UK, Greece, Denmark and the Netherlands. In the US, some states allow commercial surrogacy, but in a highly regulated environment.

Unless there is a dramatic change then 2016 will see many of the 500 fertility clinics go out of business- and Indian medical tourism numbers will fall by thousands a year.

Inbound medical travel to Taiwan allowed, for urgent care only