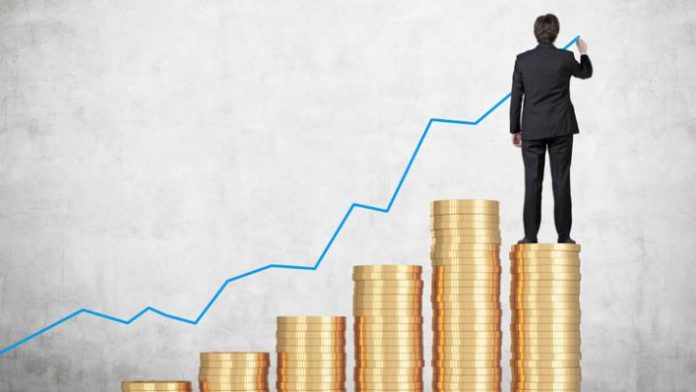 While global tourism is booming, the biggest increase is inter-regional travel within Asia, Europe and Latin America according to the World Travel Monitor by IPK International, for ITB Berlin 2019.

2018 was a strong year for the tourism industry, with uninterrupted growth in international trips around the world. In the first eight months of 2018 international outbound trips grew by 6% worldwide, with Asia and South America recording the highest increases. Between January and August 2018, trips by Europeans increased by 5%, while North Americans went on 4% more international trips.

According to the World Travel Monitor by IPK International, the outlook for 2019 also remains positive.  International trips are expected to increase by 6%. The highest forecasts are for North and South America, with an expected increase of 8%. Asia is expected to grow by 6%, followed by Europe with 5%.

Asia has gradually become the most important driving force in the international tourism market.   Following below-average growth in 2017, Asia is on a strong recovery path with an increase of 8% outbound international trips in 2018. One contributing factor was the upswing in China, with 13% more outbound trips compared to 2017.

Travel within Asia has been a key contributor to the overall strong growth rates of Asian outbound travel, with an increase of 10%. The strong increases of Asian travel to Europe weakened slightly and Europe received 4% more Asian visitors.

Spain was one of the most preferred European destinations and received 14% more Asian visitors. The situation is similar for the UK which, despite overall decreasing visitor numbers, registered a plus of 8% from Asia. The Americas suffered a loss and recorded 1% less Asian arrivals. This is an extension of last year’s trend, were the Americas were also underperforming.

Some of the destinations that showed strong increases in 2018 were Thailand, Vietnam, Malaysia, Cambodia and Laos.

The forecast for Asian outbound travel in 2019 is positive and with 6% on par with the worldwide forecast. But a slower growth rate can be expected in 2019. One of the reasons is an expected stagnation of the Japanese market.

Another growth driver is Latin America with an increase of 8%. This can be mainly attributed to Mexico, which has recovered from negative growth rates in 2017.

Outbound travel from the Americas has shown solid growth in 2018 with a plus of 5%. In contrast to the previous year, where North American growth exceeded Latin America, the first eight months of 2018 reflected the contrary. While North American outbound travel increased by 4%, Latin America was twice as strong with 8% more international trips.  One of the key influencing factors was high growth in the Mexican outbound travel market. The main reason for this turnaround was an increase in visits to the US, which dropped in 2017 but picked up strongly again in 2018.

The outlook for 2019 is also very positive. Both Latin American and North American outbound travel are expected to grow by 8% in 2019.

Despite lower growth rates compared to 2017, Europe remained a growth driver. Trips by North Americas to Europe increased by 8% during the first eight months of 2018. Among the destinations benefiting most from these increases were Spain and Italy, while trips to the UK stagnated. Trips to Asia grew solidly with a plus of 5%, while inner-American travel rose by 3%.

Spain has been unable to maintain its strong growth of international visitors of recent years, while Turkey is attracting more holidaymakers again. Greece is also reporting rising visitor numbers. European outbound travel grew by 5% during the first eight months of 2018. The outlook for 2019 is also positive.

On a global level, 2017 was an exceptionally good year, a development to which Europe contributed significantly. The first eight months of 2018 were unable to surpass those figures. Although European outbound trips increased by 6%, that figure fell short of the 7% in 2017. Rising oil prices and airfares have dampened European growth.

Poland was the biggest source market for international travel, reporting a 10% growth year-on-year. Swedes and Russians undertook more trips, while the Italian, German and Austrian markets registered solid growth. Figures for Switzerland, Denmark and the UK were below average by comparison. Driving growth were trips within Europe, which increased by 6%.

Among European destinations Turkey is the clear winner, reporting 30% more visitors. The developments were also very positive in Greece, with a 19% increase over the first eight months. During the same period the UK registered a drop in visitors of 3%. After years of strong growth, the figures for Spain stagnated. Despite a politically unstable period, Turkey has managed to win back faith among travellers.

Looking ahead to 2019, IPK International forecasts a good year for the European outbound travel market and anticipates 5% growth. In particular, Russian traveller numbers are expected to rise sharply by 7%. The signs are also positive for source markets Denmark, France, Switzerland, Spain and Belgium. Europe’s largest outbound travel market, Germany, is forecast to grow by 4% in 2019.

Destinations that had been shunned by visitors are also coming back. Turkey is the best example showing a 30% increase in visitors compared to the same time in 2017.

The influence of terror threats has settled at a lower level. 38% of international travellers claim that the recent instability and terror warnings will have an effect on their travel plans, compared to 41% in 2017. This however is mainly leading to shift in destinations to those that are perceived as safe, rather than avoiding traveling altogether.

Destinations regarded as being particularly safe include Switzerland, the Scandinavian countries, Canada and Australia. Destinations such as Egypt and Tunisia, previously deemed unsafe, have been able to improve their negative image.

The World Travel Monitor is based on the results of representative interviews with more than 500,000 people in over 60 global travel markets. It has been published for more than 20 years and is recognised as the widest continuous survey of global travel trends.

Why would a US patient travel to Wales for sinus surgery?

What does accreditation mean to a medical tourist business