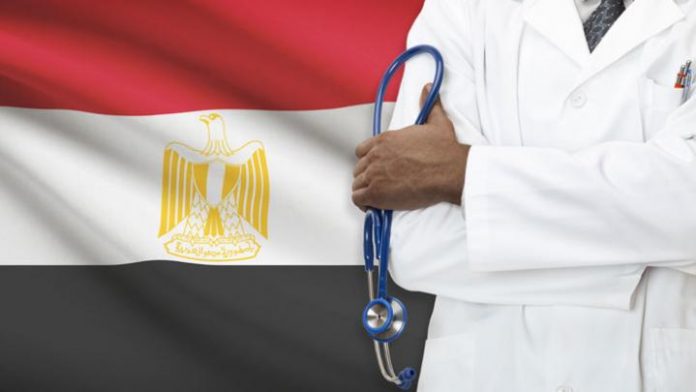 Henk Bekedam, the World Health Organization’s representative in Egypt offers his latest view of Egypt and it is not a good one. “What you see in Egypt is typical of a health system that has been neglected by the government. And this is not since yesterday or since the revolution. This has been happening for the last 20 or 30 years. The Egyptian government plays a marginal role in the country’s public health care system despite Egypt having the highest prevalence of hepatitis C (14.7% of the population), high rates of obesity and hypertension (17.6% of the adult population) and endemic poverty. When government fails to adequately invest in health care, the private sector and market step in to fill the void, alleviating problems while also creating new ones. The market doesn’t invest in safety and quality unless it gets a return.”

After 30 years of governmental neglect, the Egyptian health care system is riddled with unsafe practices and a lack of personnel and facilities.

The new constitution mandates that government expenditures on health care increase to 3% of GDP by 2017. The provision of public health care in Egypt is highly fragmented.

According to a WHO presentation, the Ministry of Health provides 30-35% of services, mostly through primary care clinics. The Ministry of Higher Education provides more than 30% of services through respected university hospitals. The third strand of public health care consists of independent ministries — defense, transport, aviation, electricity and interior — and the Health Insurance Organization (HIO), accounting for more than 10% of services.

Henk Bekedam adds, “Clinicians in public hospitals are getting about 25% of the living wage from government salaries and are getting the remaining 75% from patients. It is not uncommon for a tertiary care doctor to work two or three different jobs, jumping between the public and private sectors to pay the bills. With little incentive, clinicians are more likely to misdiagnose or overprescribe to help feed their families.”

The Ministry of Health doesn’t offer incentives for doctors to go work in remote areas, so struggles to staff hospitals in remote areas, like Upper Egypt, so people flood into Cairo in search of medical services at government hospitals.

Unless you have money in your pocket, you are unable to get services in Egypt. According to law, the first 48 hours of care in an emergency room, public or private, are free. Regardless, 72% of all health care expenditures are out-of-pocket. When hospitals are overcrowded, patients are referred to other facilities with available space. If they cannot afford the cost at the other hospital, nothing more can be done. The 26% of Egyptians living below the poverty line are likely to face situations in the waiting room involving life and death.

The social insurance system, administered by the HIO, allegedly covers 60% of the population. It does not, however, cover the majority of clinical services. At the moment, only 6% of health expenditures are covered by the HIO.

The government plans a series of reforms to the health care system. By 2030, Egypt expects to implement a system of universal health insurance for every Egyptian. The system seeks to create a separate body to disburse payments that replaces the direct payment of patients to providers.

Any organization considering offering inbound or outbound medical tourism in Egypt needs to understand how the recent political upheavals have had a bad effect on local healthcare, and that the brave face being put out by the tourism bodies is rather misleading on the actual state of the country. Egypt is still a simmering pot that could boil at any time. A worrying problem is that corruption is endemic.

Air travel is in crisis