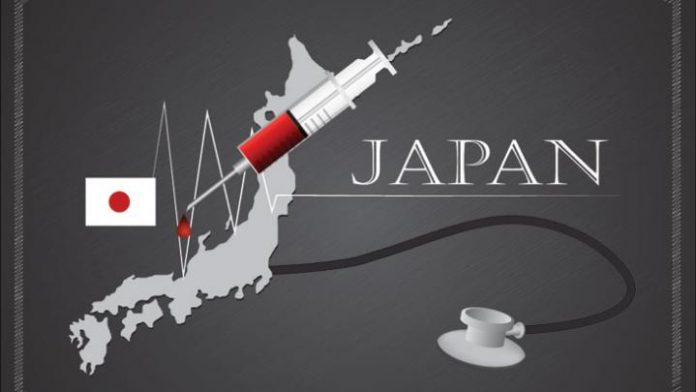 The Japanese government wants to promote medical and health tourism, but may be too late.

The Japanese government wants a visit to a clinic for a full medical check or a meeting with a nutritionist to become part of the itinerary for tourists to Japan.

The new 2015 Japan Revitalization Strategy, a government policy strategy, says the health care sector that has long been heavily regulated and shielded from pressures of the market — should be turned into a money maker and even a driver of national economic growth.

The strategy, adopted by the Japanese government, says-

Medical needs are diversifying on the back of rise in public awareness on health and preventive medicine, while demand for health care services has gone up rapidly due to population aging.

We need to revitalize health care as an industry and raise its productivity.

The government wants to boost medical tourism, the acceptance of foreign tourists at hospitals and clinics in Japan, and help Japanese medical institutions branch out overseas, especially in emerging economies where medical needs are surging.

But local healthcare experts are divided on both the need for and the ability of Japanese hospitals to drastically increase the number of foreign patients, either in Japan or abroad.

Japan offers egalitarian universal health care, where everyone has access to affordable care. Hospitals and doctors can charge only the amount set by the government for medical procedures and prescriptions. There is no geographic restriction on the clinics patients can visit, though this sometimes results in hours of waiting for a quick consultation with a doctor.

Government healthcare official Koji Fujimoto says, “Doctors and hospitals should change their mindsets and look overseas for business. The current health insurance scheme is not sustainable, as 40% of its annual ¥39 trillion in costs are financed through taxes. Universal health care, introduced in 1961, is out of touch with the medical needs of today. While more patients are aging and in need of long term management for chronic conditions, many hospitals still focus on emergency care, so there is an excess of acute-stage care in regions such as Kansai and Hokkaido. But if hospitals start cutting back on acute-stage care, Japan as a whole will lose opportunities to maintain its medical standards so it needs to export its health care overseas to make up for falling demand at home We need to look outside Japan to protect health care at home.”

Fujimoto argues that the government should aim to increase the number of sites abroad where Japanese hospitals offer services as well as the number of hospitals in Japan where foreign medical tourists are e accepted. There are projects to build hospitals in Russia, Cambodia, India and China. Kitahara International Hospital in Tokyo is building an emergency care unit in Phnom Penh and plans to begin operations there in February.

To boost inbound medical demand, the government plans to accredit agents that match foreign patients with domestic hospitals and offer a range of liaison services, such as making arrangements for patients and providing medical translations for them.

Within a year, the government will create a list of accredited hospitals that are willing to accept medical tourists from abroad. 300 hospitals in Japan have expressed interest in being accredited as a Japan International Hospital. There patients can be charged much higher fees than domestic patients covered by public health insurance, and increasing their numbers will allow hospitals to make a profit.

While medical tourism in Japan is still in its infancy, some hospitals do accept patients from abroad. St. Luke’s International Hospital has an international department for non-Japanese patients. In 2014 St. Luke’s handled 21,000 visits by non-Japanese patients, including long time foreign residents of Japan. At St. Luke’s main hospital in Tokyo’s Tsukiji district, all signs are in four languages, – English Japanese, Chinese and Korean. The hospital also has a growing number of patients from Russia, especially from the eastern cities of Vladivostok and Khabarovsk.

One problem that needs solving is the ability to speak Russian. Many Russian patients want to speak Russian when they receive care and have felt frustrated not being able to communicate their medical needs well in Japan. Japan’s health care has a good public image in Russia

John Wocher of Kameda Medical Center in Kamogawa argues that Japan’s push for medical tourism is too little, too late as “Government agencies, hospitals and doctors, are in disarray over basic stances on medical tourism. The Japan Medical Association, comprised mostly of doctors in private practice and whose members have huge influence over the Liberal Democratic Party-led government policy, has long been opposed to expansion of medical tourism, on grounds it could erode universal health care. The association is known as a vote-gathering machine for the LDP.Although the government’s heart is in the right place and sees this as a potential growth engine for Japan’s economy, it is not supported by the Japan Hospital Association, the Japan Medical Association or most hospitals that might receive foreign patients. Compared to established medical tourism destinations such as Singapore, South Korea, Thailand and India, Japanese hospitals lack price competitiveness due to their high personnel costs. They also have too few staff capable of dealing with patients in foreign languages or a system to deal with the often-rigorous demands of medical travellers. Foreign patients are high-maintenance patients, they take a lot more time and become demanding patients when they go overseas.”

Professor Toshiki Mano of Tama University argues that Japan has services that are unique and marketable to overseas patients, such as ningen dokku (comprehensive medical checkup) and detailed instructions for diabetes patients by doctors and nutritionists, “Regenerative medicine could also prove popular, including that using iPS cells, an emerging science that is currently in clinical trials. But outbound efforts have their limits, as most hospitals are too small to compete with counterparts in foreign capitals.”