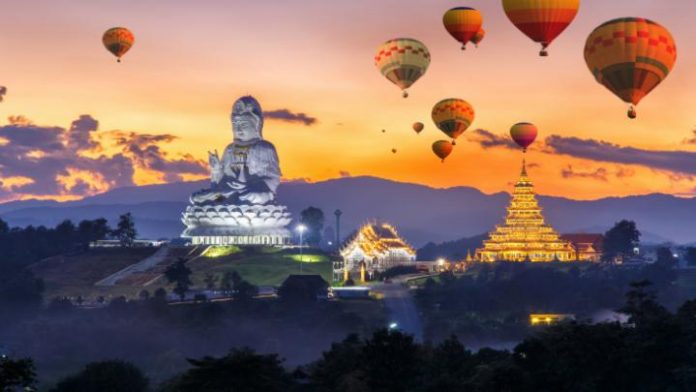 Verita Healthcare Group has entered into a joint venture with Minor Group’s Anantara Hotels, Resorts & Spas to collaborate on a global network of integrated, property-based health centres, launching initially in Thailand and then expanding across Asia Pacific and Europe.

Singapore-based multinational company, Verita has announced it has joined with Anantara in signalling growing confidence in medical and wellness tourism within Thailand and around the world.

The joint venture (JV) project recognises increasing demand for personalised innovative travel and wellness offerings that go beyond traditional fitness and spa services. Launching initially with a centre currently in development at the Anantara Riverside Bangkok and scheduled to open in Q1 2020, the JV plans to expand into multiple locations around Asia Pacific and Europe.

“The Anantara Verita partnership will allow people to take proactive, personalised steps towards extending their healthy lifespans, reversing the effects associated with aging, and enhancing their overall human performance – all within the luxury of a modern and comfortable environment. Minor Group have a database of over 70 million people, and we look forward to launching Verita centres early next year in Thailand and then across their stunning flagship properties in Asia Pacific and Europe.”

Owing to aging populations and increasing levels of chronic diseases due to modern lifestyle habits, there has been a rise in the demand for more sophisticated, scientifically-based therapies and services focused on smart early prevention and life extension. The health facility’s treatment menu will reflect Verita’s distinct offerings combining diagnostics and a cutting-edge digital health platform.

“We are excited to welcome Verita Healthcare Group to Bangkok, my home, and also the global capital of medical and wellness tourism. This partnership represents the coming together of one of the world’s largest and fastest growing luxury hotel brands with the world’s largest and fastest growing Next Generation Healthcare group.”.