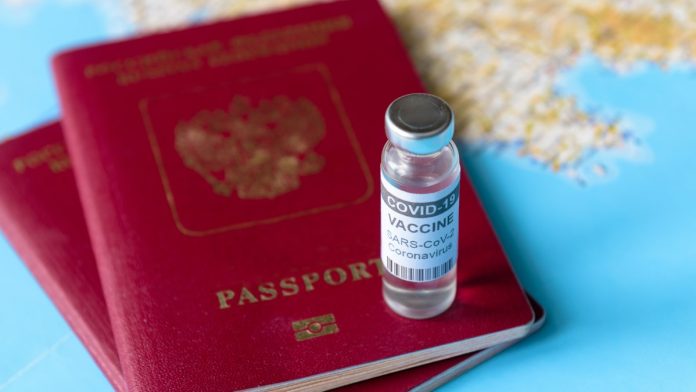 Catering to a perceived surge in demand for Covid-19 vaccinations by those willing to travel, Russia is encouraging vaccination tourism, while the USA is allowing it to boost tourism.

While some would argue using vaccines to attract foreign tourists may be ethically unsound, Russian officials claim there is huge and increasing demand for vaccine tourism.

The government has said it plans to create a vaccine tourism scheme for foreign visitors, who would pay for a Covid-19 vaccination in Russia.  It has ordered officials to work out how to offer this service by the end of June.

Meanwhile some USA states already offer free Covid-19 vaccinations to foreigners and tourists, including Arizona, Florida, Louisiana and Texas. New York plans to set up mobile vaccination centres at attractions such as Central Park or the Empire State Building to vaccinate travellers. This is explicitly intended to boost tourism.

The free vaccinations have triggered a boom in bookings to the USA from abroad, according to analysis firm Forward Keys.  The increase is mainly in travellers from Latin America, where vaccinations are sometimes difficult to obtain. Ticket bookings from Peru to Texas increased to 684% of pre-crisis levels, from Costa Rica, 338% and Mexico, 317%.

Among the various travel packages that are offered in Mexico is one to New York under the slogan: “Travel and get your COVID vaccine”. Prices start at US$469 per person (not including air taxes) and the packages include a round trip flight, 3-night stay and vaccination appointment assistance. A different Mexican tour operator offers trips to Las Vegas, with prices starting at US$548, taxes included, with a 3-night stay at the hotel, flight, carry-on bag, checked luggage and an appointment for a Moderna or Pfizer vaccination.

With tourism all but destroyed by the pandemic, the remote U.S. territory Guam is also seeking to refill hotels via vaccine tourism.  Guam mainly has Asian tourists, but in recent months has welcomed American expatriates arriving from countries in the region that have slow vaccination rollouts. Close to the Philippines, Japan, Seoul, Korea, and Taiwan, Guam is targeting the million non-military Americans living in Asia. American citizens do not pay for their vaccinations but other tourists do.

In Europe’s microstate, San Marino, 75% of the population have received at least one dose of the Covid-19 vaccine.  The country has decided to now combine the vaccination campaign with tourism. The goal is to offer vaccination to other nationals and at the same time support their decimated tourism sector.

The country will offer two doses of the Russian Sputnik V vaccine along with an overnight stay of at least three nights twice in 21 days, all for €50 (US$60). Tourists wishing to be vaccinated have to book hotel rooms at least a week before their stay and plan another trip 21 to 28 days later to receive the second dose.  The EU has not yet approved the Russian vaccine, though it is currently under review of the European Medicines Agency.

No time to delay

Plans for a leading international medical centre for 2021