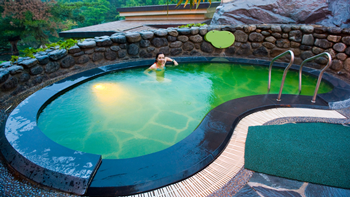 A medical tourism hotel with clinics will be built in Yongsan, central Seoul, as early as 2017 according to the Seoul Metropolitan Government.

The aim is to more medical tourists to Seoul by offering better facilities for them, as it is designated as the first medical tourism hotel in the country.

Until recently such a concept was not legal. A new law in June 2014 changed that to allow Establishing such facilities became possible following a revision to the Medical Law in June last year, which allows medical corporations to own and run hotels

The city government has approved a development plan to build what will be a 34-storey luxury hospital where each patient will have individual hotel style accommodation.

The hotel will cover eight medical areas including cosmetic surgery, and will also offer medical checks for the elderly.

Half of the building will be a hotel with 390 rooms, and the rest will offer medical and health care.

What is the future of medical travel in Europe?

Six-month health cover for British nationals in the EU?