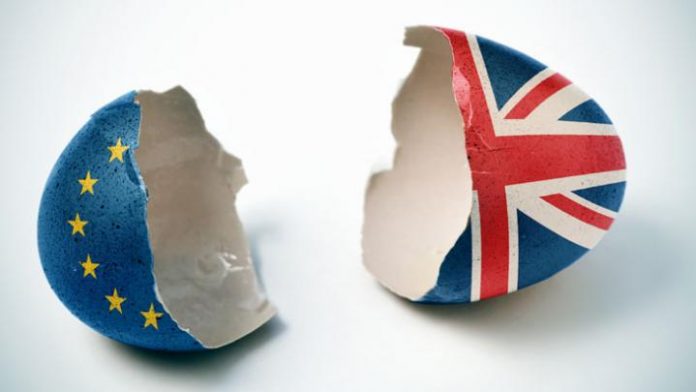 In the past week, I have been asked by numerous colleagues and contacts outside of the UK… about Brexit. The vast majority are stunned by what has happened. So, here’s my take on how we got here, and what it means for the future.

The result that no one expected

On Thursday 23rd June, the British people voted to “Leave” the European Union. It was a close result. Leave won by 52% to 48%. But opinion was sharply divided. People in Scotland, Northern Ireland and London voted in favour of “Remain”. The elderly, the “working class”, and low income earners wanted to leave; the young, those with higher education, and higher income earners were in the “Remain” camp.

So, the people voted against the recommendation of the political parties that they had elected. It is the single biggest democratic decision that this country has made in the last 50 years. The Brexit vote will have significant political and economic ramifications, both positive and negative in the UK, across the EU and globally.

How did it happen?

We had a referendum because prior to the last election, David Cameron, leader of the Conservative party, promised a referendum on the EU, in response to growing calls from his own Tory MPs and the UK Independence Party (UKIP), who wanted Britain out. Concerns about the rapid rise in migration from the EU was the key driver for this. That promise of an EU referendum won him the last election.

So, on Thursday 23rd June, when the British people voted “Leave”, David Cameron shares the blame!

And he is now out of a job… hoist by his own petard. (Explanation of this English idiom for my overseas readers!).

A new leader of the Conservative Party and Prime Minister is now being sought.  The referendum result is not binding on the Government. David Cameron has said that he will not invoke Article 50 (the formal notification to the EU). His successor, to be chosen in September, will decide what happens next. The UK could remain part of the EU for some years to come while the resulting chaos is sorted out.

Boris Johnson, the Conservative MP, former London mayor and leading light of the “Leave” campaign was expected to step into David Cameron’s shoes. This Downfall parody on YouTube probably sums up his response when he realised that he had actually won the referendum!

This week, Boris was stabbed in the back by his “Leave” co-conspirator, Michael Gove who is now standing for Conservative Party leader. Boris has dropped out of the race. Theresa May, the Home Secretary and “Remain” campaigner, is Michael Gove’s most likely challenger.

Meanwhile the opposition Labour Party is in complete disarray. A no-confidence vote in their leader, Jeremy Corbyn, who (reluctantly) backed “Remain” will probably result in a battle for leadership of the Labour Party.

And the Scots who voted “Remain” are now trying to negotiate a way of staying in the EU, even if it means they are out of the UK.

It’s a scenario worthy of “Game of Thrones” or “House of Cards”.

A good or bad decision for the UK?

Well it depends on whether you voted “Remain” or “Leave”.

But for me, the problem is that we let the people make the decision. That’s true democracy… but was a very confused, and poorly informed populous capable of making such a momentous decision?

Following the result, many of the “Leave” campaigners backtracked on their promises.

It was a complex decision. It has already had and will have massive international, domestic, political and economic ramifications for the UK. Some commentary from the BBC:

The impact of Brexit on the healthcare system

Last week, I went to my dental hygienist… she’s from Hungary. I bought a coffee from a barista from Lisbon, and a beer from a barmaid from Romania. Last year, I underwent surgery… the nurses, the support staff, the doctors were from India, Serbia, Portugal, Lithuania, Egypt, Romania, Turkey and Russia. The UK has a healthcare system that is highly dependent on an international migrant workforce.  25% of consultant specialists in the UK’s NHS are not British. In some leading university hospitals, the figure is over 50%. The NHS Confederation says there are currently 130,000 EU health and care workers in the UK, including 10% of all doctors and 5% of nurses.

According to the Guardian:

10% of NHS and care staff are from the EU. They are plugging a skills and staffing shortage in a country which has an ageing population.

Some of them are fearful that their future jobs are at risk.

The NHS Confederation has even launched a Twitter campaign called #LoveOurEUStaff. The private healthcare sector is supporting it. BMI Healthcare, the UK’s leading private hospital company, has tweeted:

The impact of Brexit on medical tourism

The answer… who knows?

In the short term, things are very unlikely to change a great deal. A downturn in the economy and in public finances may be a bonus for outbound medical tourism from the UK as UK patients seek to save money on treatment and escape the waiting list which is likely to grow. We may see increased use of patients’ rights under the EU Directive.

But the truth is… only time will tell. So, it’s business as usual for the moment!