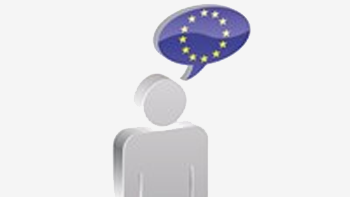 The simple answer to that question is… very little or nothing at all.
In October 2013, the European Directive on the application of patients’ rights in cross-border healthcare came into force.

The EU Directive in brief

As a UK citizen and therefore a citizen of a European Union state, UK patients have a right in certain circumstances and under certain conditions to seek treatment in other European states and for the cost of this treatment to be reimbursed by the NHS. The EU Directive did not give patients any rights to cross border healthcare that they didn’t have already. It didn’t introduce any new rights. Their rights were already established by judgements in the European Court of Justice. What the Directive did was to establish a framework within which cross border healthcare operates and to set the rules regarding how patients access care and what kind of treatment they are entitled to outside of their own country.

Welsh patients in the dark about EU treatment options

There is a duty on governments and health services to provide easily accessible information to patients about their rights. But this information is clearly not getting through in Wales. A Freedom of Information request submitted by BBC Wales shows that fewer than 30 patients have been funded for cross border healthcare since 2011. The Cardiff and Vale Health Board has reimbursed patients for treatment in hospitals in Poland, Belgium, Bulgaria, Austria and Slovakia; the treatments have included orthopaedics, dental treatment, urology, spinal trauma and ear, nose and throat surgery.

One well informed Welsh patient has told her story of how she has exercised her rights. Anne Botteril faced a wait of over a year for a hip replacement on the NHS in Wales and she asked if her local health board would pay for her surgery at a Belgium hospital. They agreed. She spent £9,000 on the operation and a five-night stay in a Ghent hotel. The Cardiff and Vale Health Board reimbursed £6,500, the cost of the operation under the NHS in Wales. So the operation cost her £2,500 in total. If she had gone to a private hospital in Wales, she would have paid around £12,500 and would have been unable to reclaim any of it.

Lack of awareness… who’s to blame

The Welsh government has been blamed for failing to make NHS patients aware of their rights at a time when waiting lists are climbing. In July 2015, 17,649 patients in Wales had waited at least nine months (36 weeks) for hospital treatment. Although the EU Directive may offer patients a quick fix if they want to avoid a waiting list, few patients have any idea that these rights exist or how to go about exercising them. A waiting list patient who recently contacted our Treatment Abroad team expressed his frustration that when he contacted his local GP and health commissioner, no-one seemed to know anything about the Directive and how he could make use of it.

We’re trying to fix the problem!

At Intuition, we published “A UK patient’s guide to the European Directive on Cross Border Healthcare” online, as a free PDF download and in print. We have distributed the guide widely to patient organisations and to NHS bodies.

We have also featured patients’ rights to treatment within the EU in our recently published “Patients’ Guide to Treatment Abroad”. This publication has been distributed to over 6,000 GP practice and clinic waiting areas across the UK, serving a patient population of 36 million.

The message is getting through… slowly… but is there a reluctance from the NHS to make GPs and patients aware of the EU option? If more and more patients were to exercise their rights it would help to alleviate the pressure on waiting lists and deliver a better service for patients. But it wouldn’t reduce NHS expenditure and would reflect poorly on local NHS performance.

Perhaps that is the real reason why politicians aren’t keen to get the message across.