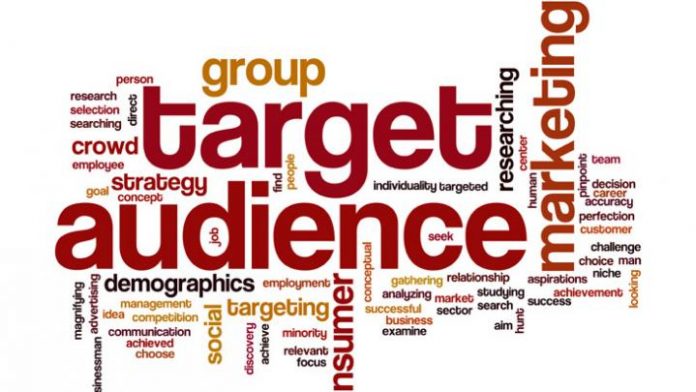 How do you identify your target markets? By country? By treatment area? By demographic profile? Ian Youngman suggests that you need to re-think your approach for long term success.

For decades, marketers have drilled into their organisations and customers that it is vital for any business to know what its target market is. For medical tourism, a target market is usually identified by the country or place where the potential customer comes from and the types of treatment wanted or offered.

Only recently have hospitals, clinics and agencies caught on that they can also classify potential customers by demographics of social class, income, gender and age. Some may have adopted this textbook marketing approach to segmenting customers and are, perhaps, getting confused as to why the results do not tally with the rulebook.

There is a very simple answer… the marketing textbook has been thrown away and shredded to be replaced by the digital era of post-demographic consumerism.

Assumptions can be so wrong

Standard socio demographic analysis would lead us to think that most online games players are young males and that most twitter users are aged under 30.

The reality is that there are more female video games players in the UK than males, and most females are over 44 (Internet Advertising Bureau 2014).

So what is going on?

People of all ages and in all markets are constructing their own identities more freely than ever. As a result, traditional demographic segments such as age, gender, location, income, family status and more no longer define consumption patterns.

Younger affluent consumers are still usually the earliest adopters of new products and services. They are more open, more experimental and have fewer commitments.

But now any and all revolutionary – or simply just compelling – innovations will be rapidly adopted by, and/or almost instantly reshape the expectations of, any and all demographics.

Society is fluid, ideas available, the market efficient, the risk and cost of trying new things low, so the rules change.

Many factors combine, feed off each other in four dimensions:

What does this mean to your business?

We are still far from a world where consumers can freely pursue their own identities. There are billions of individuals around the world – from a female entrepreneur facing gender bias from investors, to a migrant in a new city – who face obstacles and are unable to pursue their desired lifestyles.

The causes of these restrictions, such as poverty, corruption or discrimination, vary wildly. But those facing obstacles still yearn for the freedom to choose their own lives.

People will celebrate suppliers that empower them to realize their aspirations. In some cases it is as simple as your business paying attention to a section of society that is overlooked by you and your competitors.

Individuals are able to personalise and express themselves through their consumption to a greater degree than ever. The global expansion of the consumer class and the explosion of product choice are driving this at a macro level. It is also driven at the individual level with digital experimentation allowing for a greater range of experiences at lower cost, and online social networks allowing people to identify with brands, products and services – even those that they do not or cannot purchase.

Old status symbols of material goods need money to obtain, and were often the preserve of old demographics, with higher spending power. New status symbols (experiences, authenticity, connection, health, ethical and sustainable lifestyles) are more ephemeral and democratic, making them open to all, regardless of age, income and location.

What does it mean for medical tourism?

It will impact health and wellness tourism more rapidly than medical tourism as that is the area mostly connected to tourism, which in turn has already seen a revolution in how people book and choose where to go.

It will mean that marketing messages have to be more subtle and targeted at niche markets .The need to be an individual can fit neatly into why people want medical treatment in a place that is not local.

It will mean hospitals and clinics having to amend their offering to include LGBT categories – or make it very plain that due to local laws or culture that this market sector is not wanted. Before you put out the red warning flag consider that LGBT couples have more disposable income than any other group.

Throw out the old

How you move a sector that still suffers from the “come to me as we are 75% cheaper than in the USA” syndrome into one that grasps subtle and innovative marketing that works for now, I will leave to marketing experts!

Successful products, services and brands will transcend their initial demographics almost instantaneously. Executives who continue to attempt to navigate using demographic maps, with borders defined by age, gender, location, income will be unprepared for the speed, scale and direction of change.

This does not mean that you can never again use research that applies at a nationwide, generational, or even global level. But forcing all your thinking into the out of date frameworks of yesteryear should now feel wholly inadequate, if not downright dangerous.

You need to embrace and celebrate new racial, social, cultural and sexual norms. That may be impossible for certain countries or organisations; and if it is they will have to understand that they will increasingly cut themselves off from potential global – and even local- markets.

Understanding consumers’ needs and wants remains critical. However, it will be those that take a broad view and learn from innovations that are delighting consumers in seemingly dissimilar or even opposing demographics that will succeed, regardless of which traditional demographics they serve.

I cannot find any examples from medical tourism yet. But if you know of any please let IMTJ know. The idea here is to make you think about how you market to potential customers.

Here are some thought provokers…

Come on… you can do better!