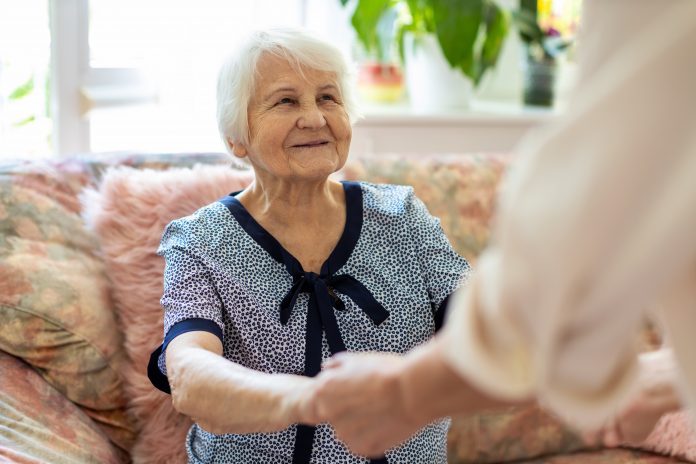 Nine out of 10 people aged 65 and over would prefer to be supported at home rather than in a care setting, a survey has revealed.

The YouGov survey commissioned by the Homecare Association also found more than a third (35%) of people, of all adult age groups, were now more likely to choose care in their own home as a result of Covid-19, with 38% of over 65s preferring to opt for domiciliary care.

The survey of 2,618 adults showed the drivers for preferring homecare were more focused around lifestyle and choice.

Almost half (47%) of the respondents cited safety as a reason for choosing domiciliary care.

‘Homecare workers have been a lifeline for many people throughout the past 18 months, showing real selflessness and resilience in providing invaluable support to people in their own homes in incredibly challenging times,’ said Jane Townson, Homecare Association chief executive. ‘Homecare services can give people a wider sense of independence and control.’

More than four out of five people (84%) agreed care is skilled work that requires standards, training or qualifications. Additionally, 89% of people aged 65 and over agreed that care workers make a positive difference to the people they support.

The Homecare Association has joined forces with The Care Workers’ Charity (CWC) to launch the first ever national ‘Celebrating Homecare’ day to recognise services that home carers deliver. The theme for this year’s inaugural event, which takes place on Wednesday (22 September), is ‘made with care’.

Townson said: ‘The government’s announcements on social care last week, make it even more important that we should celebrate homecare and raise public awareness of the benefits that receiving support and care in our own homes brings to all of us.’

Karolina Gerlich, CWC chief executive, said: ‘It’s right and proper every so often to take a step back from the day to day and look at what you have achieved.

‘Care workers do such amazing work, bringing companionship, care and comfort to so many people. It’s wonderful to have the opportunity to celebrate what they do.’

Third of care professionals not confident over business sustainability

‘Lack of trust’ remains between providers and commissioners, says CQC