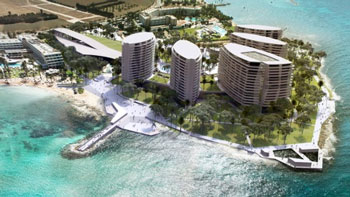 Besides the increasing demand from Cypriots, private health clinics in Cyprus should also benefit from two important trends in the European health tourism market.

First, European patients are becoming much more open towards taking advantage of health tourism within Europe. Such openness has been encouraged by the 2011 EU Directive supporting patient mobility within Europe.

Second, Europe will be facing increasing demands on its healthcare systems as the average age of Europeans increases rapidly. According to a 2013 OECD Report, the share of population over 80 has “increased from 1.5% in 1960 to nearly 5% in 2010, and is expected to rise to 11% by 2050.”

Health tourism could prove to be especially lucrative for private clinics in Cyprus. According to patients without borders, the global health tourism market is approximately USD 38.5-55 billion, which is based on approximately eleven million cross-border patients worldwide spending an average of USD 3,500-5,000 per visit.

To benefit from these increases in demand, Atum Developments is introducing a private medical clinic into its Eden City Cyprus development in Yeroskipou, Cyprus. “Our state-of-the-art Health Tower will be a 2.500 sqm facility with the ability to treat 30.000 patients per year,” explained Sandor Kenyeres, President and Founder of Atum Developments Ltd.

“This facility should be especially attractive to patients due to its expanded offering of not only Western but also Eastern medicine,” described Zsolt Szenasi, CEO of Atum Developments Ltd. The Health Tower will include the following specialized facilities:

The Health Tower will be situated in the Peninsula element of Eden City. According to Szenasi, “Patients will find this location ideal for post-care treatment and recuperation as they will have the opportunity to stay in either the Peninsula’s 5 Star Hotel or one of the adjoining serviced apartment towers.”

Is medical tourism making the most of social media?