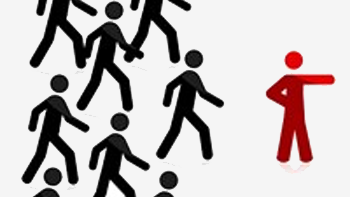 The growth of internet based healthcare information has been a vital tool in empowering patients who want to explore the options for treatment abroad, and expand patient choice outside of their home country.

This morning, I was asked to comment on BBC News radio about a recent case of a UK patient who has travelled to the Northwestern Memorial Hospital in Chicago for surgery on a brain tumour.

It’s an interesting example of how patient empowerment is driving high value medical tourism. Patients who are faced with sometimes life threatening conditions seek global solutions to their problem and may “overrule” the advice of their doctors and care team.

The patient in this instance is Laura Fischer-Beards, a 39 year old mother of three, who has a brain tumour. Her doctors based at the University Hospitals Coventry and Warwickshire NHS Trust in England, were treating her cancer with chemotherapy and radiotherapy. The option for surgical removal of the tumour was ruled out due to the risks involved in the operation. One approach that was considered was for “awake craniotomy with mapping”. In this technique, the neurosurgeons keep the patient awake during the operation, and their reactions are assessed to monitor any effect on surrounding areas of the brain (such as the speech centre). During the operation in Chicago, the surgical team monitored Mrs Fischer-Beards language, motor and sensory functions; she had to recite her children’s names and birthdays, during surgery.

The surgeon’s aim is to ensure that, as they remove the tumour, they reduce the risk of causing collateral damage to other vital areas of the brain. Awake craniotomy is a technique that was pioneered in the UK by a team at St George’s Hospital in London, led by Consultant Neurosurgeon, Henry Marsh. The technique has been adopted by neurosurgeons around the world, and is available at many neurosurgery centres across the UK, including the University Hospitals Coventry and Warwickshire NHS Trust.

The surgical team in Coventry held the view that due to the nature and size of the tumour the risks of undertaking the procedure far outweighed the chances of success. So, the option for craniotomy was not available to the patient in the UK. However, the patient and her family felt that they must explore every option. They used the internet to identify leading brain institutes around the world, to assess their expertise and explore the treatment options available. They contacted neurosurgery units in Europe and the USA to see if they would undertake the operation (for which the patient would pay). Evaluation by a neurosurgical team in Germany resulted in the same conclusions as those of the UK specialists – that the risks of surgery were too high. The German doctors were unwilling to carry out the procedure.

The neurosurgery team at Northwestern Memorial Hospital, in Chicago took a different view. They believed that the potential benefit (a life saving operation) outweighed the significant risk. They agreed to undertake the operation at a cost to the patient of £80,000. They operated on Mrs Fischer-Beards last week, and removed the tumour without immediate adverse effects or, they believe, damage to other areas of the brain. Her doctors say that they have given 39 year old Mrs Fischer-Beards another 15 years of life. The family are now fund raising to generate the £80,000 they need to pay for the treatment. (Donations can be made on the family’s JustGiving page – they have already raised £15,000 towards the cost of the operation).

There are some parallels here with another recent case of a UK cancer patient that has attracted media attention both in the UK and internationally. Ashya King, a UK child, was undergoing treatment for a brain tumour at Southampton General Hospital. One of the options for treatment was Proton Beam Therapy (PBT), not yet available at a UK centre, but funded by the NHS at centres in the USA for patients where the clinical team believe that PBT is the most appropriate treatment option. Again, in this case, the patient’s family did not accept the clinical opinion of the UK doctors, and began to explore the option of paying for PBT at a centre abroad. The child is now being treated at the Proton Therapy Centre in Prague, Czech Republic. The cost of treatment is believed to be around £20,000 which will be funded by the family.

Both cases demonstrate an increasing trend in patient empowerment – patients who are not prepared to accept the clinical judgement of their doctors, and who are prepared to explore other options on an international basis. At the extreme, this has resulted in some desperate patients seeking unproven stem cell treatments with questionable outcomes and at high cost. In this instance, we see how an empowered patient has made the right decision for herself and her family.