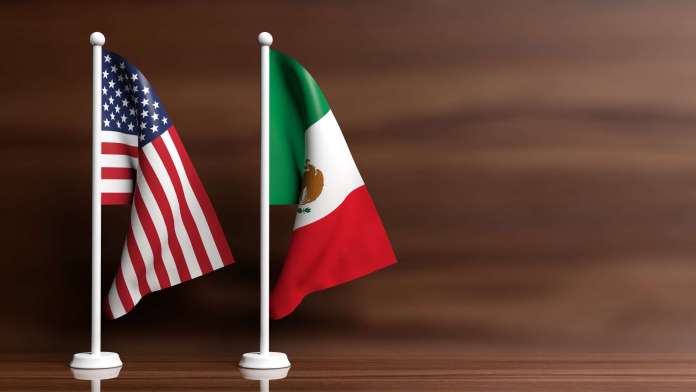 Hundreds of Americans a week are seeking abortion help in Mexico, after changes to USA and Mexican law.  Most are looking for abortion drugs, which are available over the counter in Mexico.

Reproductive health networks in Mexico are reporting that they are receiving hundreds of enquiries daily from people in the USA.

Over the last decade, Mexico’s movement to access abortion has notched several victories. But north of the border, the landscape of abortion availability continues to move in the opposite direction.

Fifteen years ago, abortion was a crime in Mexico. In 2021, the Mexican Supreme Court challenged the ruling, stating that abortion would no longer be criminalised.

In states Mexico City and Oaxaca, abortion is legal. Americans are crossing the border for support that is increasingly difficult to find, or illegal, in some USA states.

Medication abortion has revolutionised abortion access. It is not just access to clinics that people are seeking across the border; Mexican women are also physically taking abortion pills across the border to Americans.

Since Roe v. Wade was overturned, the cross-border networks have been fielding more than 100 calls per day. Hundreds of women go from the USA on a daily basis.  They are very concerned about travelling to another US state because of fears they will be persecuted in the future, so they go to Mexico.

The majority are Americans living in states with “trigger laws” such as Mississippi, Alabama, and Texas who must travel to another state to get an abortion.

Prior to the Supreme Court’s decision on Roe, cross-border reproductive health networks were specifically receiving inquiries from Texans after Senate Bill 8 took effect last year, which outlawed abortion as early as six weeks.

The most sought-after and safest service for many women is to have an advocate meet them on USA soil to deliver abortion medication. Women from Mexico will cross the border with the pills in their bags and deliver them to American women.

For years, Americans have crossed the Southern border for health care and medical supplies because of the cost. Not only is medical abortion in Mexico legal, but it can also be bought over the counter for around US$20.

Mexico has experience working with several countries in Central America where abortion is prohibited. In July this year a woman in El Salvador was sentenced to 50 years in prison for having a miscarriage.

Using health tech to attract patients to the Caymans

Tanzania aims to be centre of medical excellence