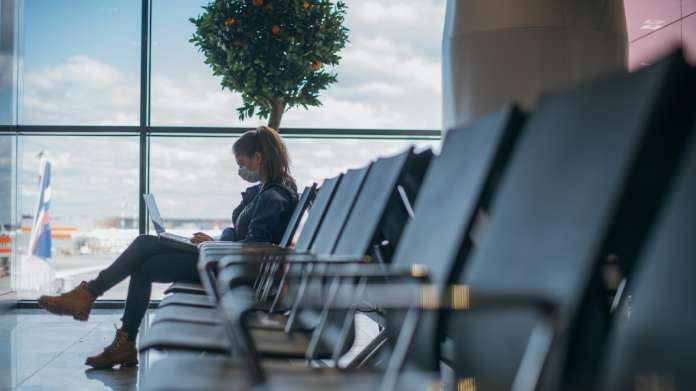 Sportswashing is a long-standing way of improving the image of a country that has a problem with human rights abuses. Should individuals, medical travel agents, healthcare companies and hospitals take into account the human rights position of a destination when planning to send patients for treatment? Ian Youngman shares his opinion.

War, political unrest, repression of minorities, violence to journalists and protestors, laws against LBGTX people, abuse of women, plus poor working conditions that kill workers are all examples of human rights abuses.

Significant money is spent by such countries on promoting themselves globally, often involving paying international celebrities or experts to visit, commentate, or speak at high profile events.

Like sports washing, promoting the tourism sector is another way of massaging the image of a country. Advertising, sponsorship, celebrity and influencer endorsement are modern tools used.

The travel landscape is shifting

Medical tourism is a user of such techniques and several countries with human rights problems including Saudi Arabia, Iran, and Turkey are actively promoting the medical travel sectors.

The sector is also still a teenager, in terms of development, thinking of instant gratification and the cost rather than longer-term issues. It struggles with the balance between price and quality. Several destinations are still not dealing with actual or alleged poor or dangerous medical treatment.

So should individuals, agents, companies and hospitals take into account the human rights position of a country when planning where to go?

Asking why a country to should take notice of what medical tourists say, do or think is in fact missing the point. It is up to individuals and organisations to decide their attitude to price, quality, politics and human rights.

Mass tourism is moving rapidly into considering the environment, local social issues and a host of wider aspects to travel, other than just price and service. Sustainability and care are the new watchwords.

Looking at company reports of insurance companies, a sector that also struggles with a negative reputation, they are full of non-financial items, including what they are doing on social inclusion, diversity, and green issues. They are seeing the way that the wind is blowing, and it’s in a direction where customers and advisors are taking into account the image of the company when deciding whom to buy from. Their bet is that there will be long-term commercial advantage, so are willing to spend large sums now working on these non–core issues.

Transfer that to healthcare and medical travel and, apart from a handful of larger companies, the majority of medical tourism providers continue to ignore these soft issues. Medical travel investment is not known for its long-term approach.

So should medical tourism take notice of such issues?

The medical travel sector is still developing, and the businesses in it are often new. So apart from pretty images of destinations, and explaining about how wonderful the medical staff and facilities are, all on such a low price, I seriously doubt that most have even considered such issues.

Over the past few years, medical tourism has been forced to focus heavily on the short term. It has rarely looked at new technology, digital innovations, environmental sustainability, or the wider changing needs and outlook of consumers.

The global tourism industry is however seriously looking at these areas.

Digital technology for example is now being used to create an electronic guidebook of a country, bringing together various elements of tourist services and products, such as cultural and wine routes, festivals, and natural and cultural landmarks.  Medical tourism is still missing.

There is a need to pause and to dream bigger and broader, beyond short-term fixes, to the future,  and to what could be possible.

Human rights have been thrust into the tourism limelight with the football 2022 World Cup in Qatar. Politicians, footballers, teams, countries and travelling supporters are grappling with and debating the rights and wrongs of going to a country, which is known to be anti-LGBTQ and where thousands of expatriate workers died building the stadium. Do they comment? Do they protest by not going?

Many potential medical tourists would not now go to Russia due to the Ukraine war.  What is the quantum of difference between that and not going to Iran as it threatens war on Saudi Arabia to distract from its own local dissent in a country that represses women?

So how soon should medical tourism businesses and customers build into their equation of what to offer and where to go,  a country’s record on human rights?

The answer is far from simple but we should start to have that debate.