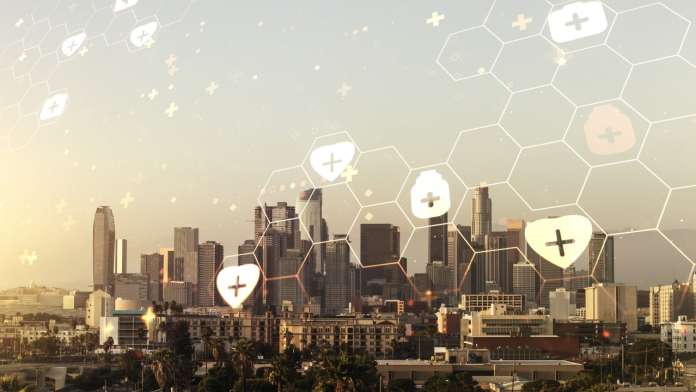 Across the globe, many governments see inbound health and medical tourism as providing a boost to their country’s economy. So how do they support the efforts of local healthcare providers and does that investment pay off? IMTJ Editor in Chief, Keith Pollard, looks at some leading examples.

In an IMTJ article earlier this year, we featured the efforts of the Indian government to provide a boost to the economy through supporting the activities of participants in the country’s medical tourism sector. So, how do India and other destinations support medical tourism and does that really deliver a return on investment?

India attracts patients, mostly from poorer nations that lack healthcare facilities and to whom the low treatment costs in India are attractive. The government provides a medical tourism visa programme; around 500,000 are issued each year. Bangladesh, Iraq, Maldives, Afghanistan, Oman, Yemen, Sudan, Kenya, Nigeria and Tanzania account for about 88% of the total international patients visiting India. Bangladesh alone accounts for 54% of the total medical tourists. However, as some visas will cover patients’ companions, the actual number of travelling patients is probably around the 250,000 to 350,000 mark. Also, bear in mind that not every medical tourist to India bothers with a medical tourism visa. According to Indian Tourism Statistics released by the Ministry of Tourism, 6.7% of India’s total tourist footfall in 2020 was for medical purposes.

In 2022, India’s tourism ministry launched an integrated communication strategy to support medical tourism, “Heal in India”. The plans include:

India’s national efforts to support its domestic healthcare facilities seem impressive. However, no cost for the investment has been made public, and it remains to be seen whether these plans will pay off on the medium to long term.

Looking at the plans for “Heal in India” you might think that they have been taken out of the Malaysia medical tourism playbook.

The Malaysian government has for many years supported medical tourism as a revenue earner for the economy, and is frequently seen as the shining light in this sector, certainly in South East Asia. Medical tourism is included as one of the country’s 12 National Key Economic Areas (NKEA). The Malaysia Healthcare Travel Council (MHTC), established in 2011, has implemented various initiatives to make Malaysia a destination of choice for medical tourists. The government works in collaboration with the private sector, especially private hospitals, and government agencies both locally and overseas in the implementation of its marketing plans. Its stand-out achievement is possibly the delivery of an end-to-end patient experience, supported by local hubs in targeted source markets, call centres, concierge and airport lounge services, rehabilitation and post treatment support.

MHTC is well funded, well staffed and, under strong leadership, has a clearly defined strategy for growth. In its most recent medical tourism statistics, it reported medical tourism revenues of US$373 million. In its Malaysia Healthcare Travel Industry Blueprint 2021 – 2025, MHTC maps out the strategies and framework for healthcare travel industry stakeholders. To assess return on investment, Malaysia measures the throughput and value of medical tourists in a more structured way than probably any other medical tourism destination.

Visa procedures for foreign patients who visit Turkey for treatment, are facilitated through the Health Tourism Council, the Association of Private Hospitals and the Association of Private Universities. The government has invested heavily in supporting medical tourism promotion, subsidising agencies and providers marketing and promotional activities and paying 50% to 70% of the cost of attending fairs and exhibitions overseas.

However, where Turkey has failed to fine tune its medical tourism act, is in regulating and controlling those healthcare providers and medical tourism agencies who are active in the sector.  The Turkish government brought in the Regulation on International Health Tourism and Tourist Health in 2017, setting out minimum service delivery standards for medical tourism and rules on the authorisation and supervision of healthcare organisations and intermediaries in medical tourism. Despite these efforts, the country continues to attract negative publicity through the failings of some of its providers. Media reports of unhappy patients appear in source countries. Most recently, the British Obesity and Metabolic Surgery Society (BOMSS) condemned cheap weight loss surgery in Tűrkiye, stating that 20 UK citizens have died during medical tourism trips to Turkey since January 2019.

Let the healthcare providers do their own thing?

In contrast to the three examples above, it’s worth mentioning three major destinations, where the government plays little or no role in supporting the efforts of their healthcare facilities to attract international patient – the USA, UK and Germany. In these three countries, the healthcare providers are left to do their thing and are very successful at it. Providers in all three countries focus on the high end, complex treatment niches of medical tourism where numbers may be small but revenue per patient is very high. And for the individual healthcare providers involved in the business, you can be sure that they are measuring their return on investment.

If you’d like to know how governments in other countries are supporting medical tourism, invest in an IMTJ subscription and you’ll get access to the IMTJ Country Profiles in which we summarise government involvement in the local medical tourism market.

Is medical tourism the solution?

Can the patient ever be sure that the treatment will work?

Five things you can do in a medical travel hiatus