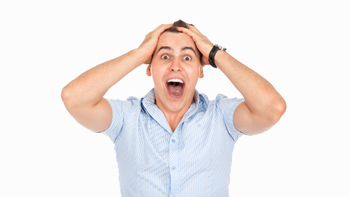 It’s now more than a decade since we established Treatment Abroad and more than 8 years since IMTJ was established. That’s a long time in medical tourism!

In that time, I have seen many people and businesses enter…. and many exit the medical tourism market.

Medical tourism has not delivered the “exponential growth” promised by some industry proponents. Hence, the market has seen an unbelievable amount of “churn” (i.e. the rate at which businesses enter and exit a market).

This is true across all sectors:

Here are my five medical tourism mistakes…. The most common errors made by those aiming to make money in the international patient business.

1. Failure to define a strategy

The “if we build it they will come” approach is far too prevalent in the medical tourism sector. This is how it often goes…. “We want to attract international patients….. let’s build some new facilities, let’s get JCI accreditation, let’s set up an international patient department”. It’s a common approach that I have seen across the globe. Too often strategy is voiced as a hope or ambition rather than as a clearly thought out road-map to attracting international patients. In Istanbul recently, Irving Stackpole from Medical Travel Insight, highlighted the confusion in Turkey over strategy. The Turkish government has stated its strategy as “to attract 2 million medical tourists in ten years time” (the current comparable figure is around 200,000). But “How are you going to do that?” says Irving. “That’s not a strategy, that’s a hope, an ambition.”

2. Wanting to be “all things to all people”

Healthcare is a complex business. A multitude of conditions and treatments affect people around the world. So, why not offer to fix any healthcare problem that anyone has in a multitude of countries? Doesn’t that guarantee success? If you throw everything against the wall, surely something will stick? Unfortunately not! But we still see healthcare destinations and healthcare providers wanting to be “all things to all people”. In a recent discussion with the owners of a national initiative in health tourism, the project owners highlighted their priorities in terms of source countries and areas of healthcare. But these “priorities” covered a massive spectrum of healthcare needs across a multitude of nations with disparate cultures. I’ve said it before… I’ll say it again. Success in medical tourism is about identifying a specific niche (or series of niches) in terms of customer/patient needs. The smaller the niche the better the chances of success!

3. Ignoring and not understanding customer needs

Building a medical tourism brand is about building a great relationship with your customers…. the patients (and in some instances their sponsors who are footing the bill). But medical tourism (like healthcare in general) pays too little attention to understanding the needs of the customer and ensuring that those needs and expectations are exceeded. The focus, all too often, is on “what we do”, “who we are” rather than what the customer wants. “Come to us to get the best quality at the lowest cost and we’ll fix your healthcare problem ”. And then we’ll forget about you… The most revealing fact in the Treatment Abroad Medical Tourism Survey? Less than one in five medical tourists receive a phone call from the healthcare provider after they have returned home. That’s not the way to build a great relationship.

4. Competitive advantage and the non-existent USP

I’ve asked many providers in the medical travel business, “What makes you different, what’s your competitive advantage, what’s your USP (Unique Sales Proposition).” Plug all their responses into a Word Cloud generator and the Word Cloud would probably consist of three phrases…. “Low cost, high quality, state of the art technology”. JCI accreditation would probably come a close fourth. So what?

That’s it. Is that differentiation? Let’s hope in 2015, I come across more providers who have actually thought through what makes them different, what makes them stand out in an overcrowded marketplace and then makes the investment to get that message across to a clearly defined target audience.

There are two basic and oft repeated mistakes when it comes to marketing investment in medical travel:

And where does most of the marketing money that there is get spent? Exhibition stands, fam tours, glossy brochures…. which is great if you want to feel good when you tell your government minister “look at all we have been doing around the globe” but is probably next to useless when it comes to the tricky challenge of actually attracting some patients.

Albert Einstein is quoted as saying, “Anyone who has never made a mistake has never tried anything new.”
Perhaps in 2015, it’s time for those in the medical tourism business to try something new. And if they make some new mistakes, so be it. Perhaps we’ll learn something new!