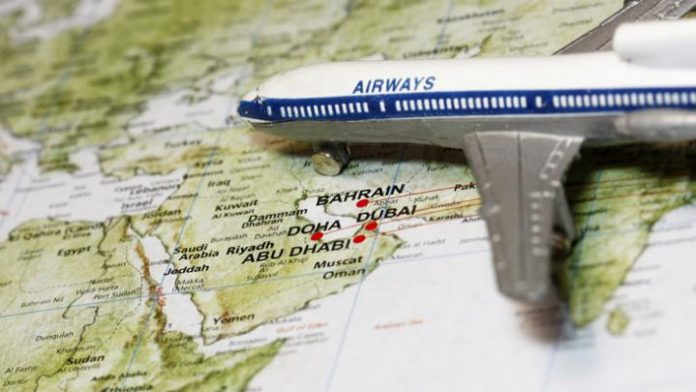 There are many factors that are driving change in the Gulf. And there are some worrying signs for destinations that rely on the stream of income from high value medical treatment funded by the government or state employers.

Watch out…. things are changing in the Gulf

As we scan and collect information on what is happening in the world’s medical tourism markets, what is very apparent is the changing nature of the medical tourism market in the GCC region. (If you really want to know what’s going on there… come to the session on the Gulf region at the IMTJ Medical Travel Summit 2017 in April in Croatia.)

There are some worrying signs for those destinations that have relied on a steady stream of income from high value medical treatment that is often funded by the government or state employers.

Several factors are driving this:

I’ve highlighted a few examples of this in key source markets.

In Kuwait, responsibility for the management of the budget for overseas treatment has been shifted. The Supreme Committee for Overseas Treatment has been closed down; the final decision on sending Kuwaiti patients for treatment abroad is being moved to special committees within Kuwaiti hospitals. The driver is to reduce expenditure on treatment abroad and to “eliminate the financial burden caused by the supreme committee’s decisions, such as granting overseas treatment privilege to undeserving citizens.”

Saudi Arabia is now running a $100 billion budget deficit which the government aims to close. So, a five year plan is being developed which aims to encourage Saudi medical tourists to stay at home for their treatment and to attract medical tourists from other Islamic countries to Saudi Arabia. The Saudi Commission for Tourism and National Heritage has endorsed a proposal that combines religious and medical tourism to promote Saudi health services to the world’s 1.6 million Muslims who may seek spiritual solace during a health crisis.

In 2015, the Bahrain government spent $66 million on foreign care for its citizen, sending around 1,500 citizens overseas for treatment. The government covers the cost of the treatment as well as flights, hotel accommodation and spending money. More recently the Health Minister has stated that Bahrain is intending to reduce the number of citizens sent for treatment abroad, by providing more medical services within the Kingdom. Bahrain is set to fly medical experts in to the country as part of a cost-saving measure to be implemented in 2016. Doctors from India, Singapore, Thailand, Germany, the UK, Belgium and the US have agreed to take part in the new scheme.

And…. Bahrain has identified medical and health tourism as an area it wants to expand, although it is not clear on how it will do this. The government is targeting Russian investors to develop healthcare facilities for medical tourists. With the low price of oil forcing the government of Bahrain to curtail spending and put some long-term projects on hold, it is looking for new income streams.

Demand down, supply up

The picture in the Gulf is one of declining demand from government funded medical tourism and an ambition to increase the supply of services for inbound medical tourists. A fall in demand and an increase in supply can only mean one thing…. increased competition in an already crowded market and further pressure on price in the competing destinations.

2018 declared the Year of wellness and rejuvenation in the Caribbean