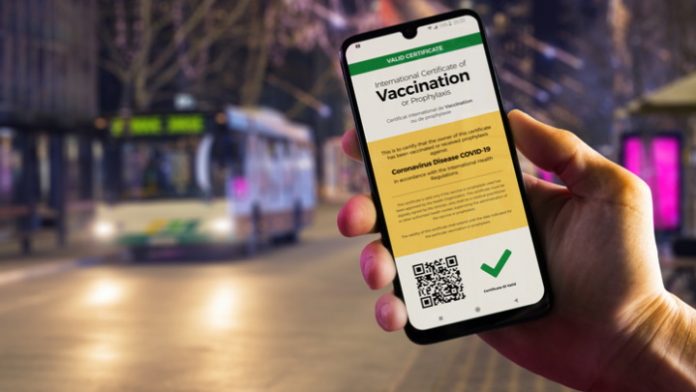 Russian President Vladimir Putin has ordered the government to consider issuing certificates to those who have been inoculated with domestic vaccines against COVID-19, to allow overseas travel.

The government has also been tasked with making the certificates internationally recognisable. Russia has several domestically produced vaccines and has started large-scale vaccination.

People who are inoculated in Russia get an electronic vaccination certificate, and there is a database of Russians who have been vaccinated.

The World Health Organisation does not recommend that countries should issue immunity passports for those who have recovered from COVID-19, but it is looking at prospects of deploying e-vaccination certificates and is working on a pilot project for such a scheme with Estonia.

Crimea has opened up to tourists from other Russian regions and the occupancy rate of hotels has already reached 95-100%, according to the Minister of Tourism of Crimea. Crimea’s tourism resorts are currently in high demand, especially the most expensive ones, often health resorts.

In 2019, 7.4 million tourists visited Crimea, a new post-Soviet record. Crimea expects 8 million tourists in a normal year, but higher numbers require improvement of infrastructure: roads, accommodation facilities, parking, beaches and more. The forecast for visitor numbers in 2020 is 6.3 to 6.6 million on the peninsula.

Russia has a new electronic visa policy for international tourists. New legislation allows foreign tourists from 53 countries to visit Russia with a simplified e-visa. This requires citizens of these countries, including China, India, Turkey, Japan, and EU member states to apply for the visas on the Russian Foreign Ministry website. They can get a 16-day single-entry tourist visa online valid for 60 days. The UK, Canada, and the USA might join the eligible countries.

Russia may adjust the e-visa policy in the future to expand the validity period to one year or five years and allow multiple entries within that period.