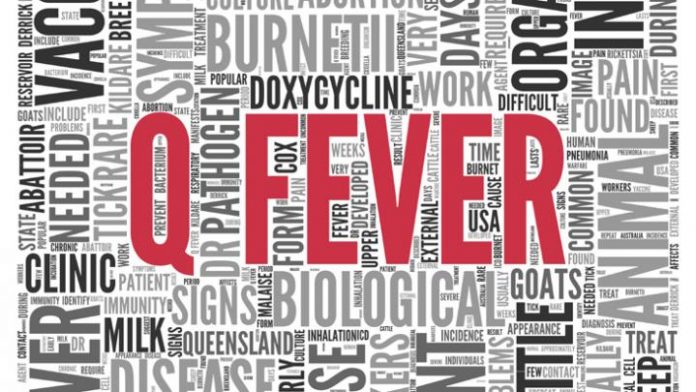 Five Americans and one Canadian came down with an unusual illness after travelling to Germany for a controversial treatment involving injections with sheep cells.

Q fever is a zoonotic disease caused by Coxiella burnetii and is usually transmitted through inhalation of air contaminated with animal excreta. The disease is hard to diagnose as symptoms can vary from patient to patient.

The New York State Department of Health identified Q fever in five patients with exposure to a treatment known as live cell therapy, an alternative medicine practice involving injections of fetal sheep cells, which is a type of xenotransplantation. All five US residents travelled to Germany twice a year to receive this treatment to improve their health and vitality, for five years.

There is no published clinical proof the treatments work, according to the Centers for Disease Control and Prevention. A detailed report identified another medical tourist, from Canada, who had the treatment in Germany at the same time.

The four women and two men ranged in age from 59 to 83. Three of the six recovered. But three others were still experiencing symptoms more than nine months later.

Live or fresh cell therapy involves injecting people with fetal cells from sheep is offered as an anti-aging therapy and as a treatment for conditions ranging from impotence to migraines to liver disease.

Cases in the U.S. are unusual, under 200 a year, and most victims are farmers. It is treated with antibiotics and although U.S. residents rarely die from Q fever; three or four deaths are reported in the worst years.

Live cell therapy is the practice of injecting processed cells from organs or foetuses of sheep into human recipients. It is advertised to treat a variety of health conditions. This practice is unavailable in the United States, as it is not legal there.

The five New York patients were part of a group of 10 to 15 people travelling to the state of Rhineland-Palatinate in Germany to receive intramuscular injections of foetal sheep cells from a German doctor. The Canadian medical tourist was part of another group treated by the same German doctor.

Under International Health Regulations, the Public Health Agency of Canada and the Centers for Disease Control and Prevention notified German authorities in. They found that the ministry of health of the federal state of Rhineland-Palatinate was already investigating an outbreak of human Q fever following foetal sheep cell injections by the German doctor.

The various national authorities continued to investigate and monitor the health of the various victims. All patients were treated with doxycycline after receiving a diagnosis of Q fever.

All six medical tourists chose to receive injections of foetal sheep cells to improve their general health and vitality, and were not told of the risk of Q fever infection before injection.

Paul Niehans developed the treatment of live cell therapy in Switzerland during the 1930s. Practitioners have used organs, glands, and foetuses of multiple species, including sheep, cows, and sharks.

No published clinical evidence supporting therapeutic claims of the treatment known as live cell therapy is available. It is advertised as having anti-aging effects and as a treatment for multiple conditions and diseases (erectile dysfunction, depression, and joint, neurologic, heart, kidney, lung, endocrine, and liver disease). Serious adverse events have been reported, including anaphylaxis, vasculitis, encephalitis, polyradiculitis, clostridial infections, paresis, and death.

The treatment known as live cell therapy is a type of xenotransplantation when it involves administration of live cells from a nonhuman animal source into a human recipient. Xenotransplantation carries a public health risk for transmission of known and unknown infectious agents from the donor organism to the human recipient and possible recombination or re-assortment to form new pathogens. There is a potential for dissemination of disease from the original recipient to others. For this reason, discussions on safety requirements for xenotransplantation by international and domestic public health agencies continue.

In Germany, xenotransplantation products are regulated under the Medicinal Products Act; but an attempt to ban fresh cell therapy in 1997 was later determined to be null and void because the federal law does not cover drugs manufactured by doctors only for use in their own patients.

This outbreak highlights one of the public health issues associated with stem cell tourism. Although authorities can prevent treatment at home, they cannot stop people going overseas for treatment.

The worry of this case is that, other than self-reporting, no method to identify and check returned stem cell tourists is available. The symptoms and cause were identified only by luck, and if the medical tourists had refused to co-operate with the authorities, the source would not have been identified.