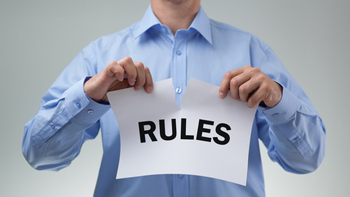 Earlier this week I wrote about a recent judgement by the UK’s Advertising Standards Authority (ASA), which resulted in the banning of an advertisement for cosmetic surgery placed by the Malaysia Healthcare Travel Council (MHTC) and attracted significant negative publicity for the destination in the UK press. Read: Know your market… Malaysia “boob job”advertisement banned in UK.

Secret Surgery is a UK based facilitator that operates cosmetic surgery trips to Europe. It has previously been the subject of media criticism in the UK press – “They promised luxury – but my cosmetic surgery ‘holiday’ was a nightmare”.

“We welcome you to join our trip to the wonderful winter wonderland in Wroclaw 12th to 15th December. FREE CONSULTATIONS, Tour our medical facilities, Christmas market and sight seeing [sic] – If you’s [sic] like to join in the festivities contact your patient care manager or email [email protected] … secret surgery … FREE surgical consultations, tour the medical facilities, Christmas Market”.

The content also featured images of a Christmas hat and a stocking.

Secret Surgery said they did not think the ad was irresponsible.

The ASA considered the presentation of the references to the consultations and tour of the medical facilities as part of a Christmas trip involving festive activities was likely to give the impression that surgery was a decision that could be undertaken lightly, without serious consideration of the nature of the intervention and that the overall presentation of the advertisement was likely to be seen as trivialising cosmetic surgery. They concluded it was irresponsible and that it breached the CAP Code (the UK Code of Non-broadcast Advertising, Sales Promotion and Direct Marketing ) rule 1.3 (Responsible advertising).

Operations Abroad Worldwide Ltd is a long established UK based medical tourism business, providing access to hospitals and surgeons in Europe or worldwide.

In this case, two breaches of the code were investigated and both were upheld.

The Operations Abroad website included information about the care package available and included the text:

“You’ll receive first-class medical care in a totally safe environment free from MRSA or other infections” and “To date we have achieved a 100 per cent success rate”.
The complainant, a doctor, challenged whether the claims were misleading and could be substantiated.

The ASA considered the claims to be misleading. “You’ll receive first-class medical care” would be understood by consumers as general reference to the overall medical service patients would experience. Operations Abroad provided the details of accreditation bodies to which they said hospitals in their network were accredited but evidence of only two of the 80 individual hospital accreditations in the group were supplied.

The ASA considered the claim “… in a totally safe environment free from MRSA or other infections” would be understood by consumers as an absolute claim that would take place in a facility in which there was no presence of MRSA or other bacteria and therefore no risk of hospital acquired infections. The ASA considered it likely that government health departments in the relevant countries were in a position to establish levels and risks of MRSA and other infections in their country’s hospitals, however supporting documentary evidence from those government health departments was not supplied.
The ASA therefore concluded that the claim had not been substantiated and was therefore misleading, and that the web site breached CAP Code (Edition 12) rules 3.1 (Misleading advertising), 3.7 (Substantiation) and 12.1 (Medicines, medical devices, health-related products and beauty products).

There are clear warnings here for destinations and medical tourism providers who wish to target the UK market. The ASA is taking a very close look at how medical tourism is promoted. Such breaches of the UK advertising code are doing little to strengthen the image of the industry.

Health tourism in Iran: from past to present